On the face of it, these two may not have that much in common. Look closer.

In Hip Hop, authenticity trumps all.  If somebody or something is not “keepin’ it real,” then it will be called out and exposed.  In Bikram yoga the practitioner has no choice but to look in the mirror and see the truth as it is on any given day.  If a student is not being real about where he or she is at, that student is in for a rude awakening.

Both Yoga and Hip Hop consist of multiple elements; however both are commonly (and mistakenly) associated with just one. For Hip Hop (consisting of 9 elements), it’s rapping. For yoga (consisting of 8 limbs), it’s asana.

The 9 Elements of Hip Hop

The yoga and Hip Hop cultures are both pervasive, heavily misunderstood and often mischaracterized.  (Yes, and misappropriated;)

For me, Yoga and Hip Hop are intricately intertwined in who I am. I know I’m a white kid from the Philly area.  But why should that exclude me from one or the other (or both) being important to my identity?

It’s frustrating how generic American culture can be — how everyone must fit in a box.  Even those who do not fit, fit into the “misfits” or those “outside the box.”

What seemingly contradictory cultures make you who you are?

THE ENERGETIC EXCHANGE OF YOGA

In almost all markets, the process I laid out is how it goes down. (Yes, there are other models, like restaurants but stay with me here.)

Why is it with a yoga studio that consumers — customers — are confused? How is it that OVER and OVER yoga consumers DO NOT pay for their yoga?

With yoga, the studio space is rented, built out, the teachers are trained, the utilities are paid, the mats, towels and other products are available for rent or to buy and the instruction is provided.  ENERGY. Some students pay for their class with energy — like cleaning the studio. This is an energetic exchange. Energy for energy. Most of the customers pay for their yoga with money.

Why would a consumer of yoga would expect something other than the same model that exists in every other marketplace? How is it possible for a person to walk into a yoga studio, take class, and walk out WITHOUT PAYING?

I have my theories as to why it is possible a person can walk into a yoga studio, NOT PAY for the yoga class, and walk out of the studio still without having paid and having set up no agreement to pay.  Without getting into them, I ask you.   As a studio owner or teacher, you certainly have seen this OVER and OVER.  Why do you think this occurs in yoga? Does this make any sense?

Have you heard of a book by this title yet?  If not, surely one is in production (no, I’m not writing it;)

Of all the things that can be said on this topic — and there are SO MANY things to say on it — the yoga practitioner understands her body (on most days and times) well enough such that she knows how and when to nourish herself. In other words: a yoga practitioner knows WHAT and WHEN to eat.

Often times new students will ask me as the teacher what to eat and when to eat it. I know that, with experience, the student will learn his or her body better than I could ever know. However, as a baseline, I usually recommend not to have had a large meal within two hours of coming to class. And I ALWAYS suggest before coming to a morning vigorous class to have had a little something: some fruit juice or smoothie, a banana — something light.

As for coffee, I’ve heard that … well I don’t want to get into that right now: that’s political!

What have you learned about your yoga practice and HOW, WHEN and WHAT to eat? 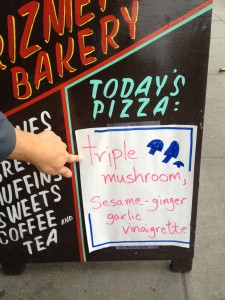 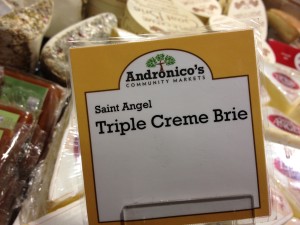 P.S. Why is food so much like sports? Everything is TRIPLE and DOUBLE!
Photos by  Dan Schwartzman

The Five Other Main Ideas of Hot Yoga

The five main ideas in class are Patience, Determination, Self-Control, Concentration and Faith: but there are many more core ideas that students hone through the practice.  What qualities have you been able to access and sharpen through your practice? For me, here are five other main ideas.

Listening. I like to joke the hardest parts about sweaty yoga are the laundry and the listening. Being a better listener allows a practitioner both to listen to the teacher — to move according to the instructions —  and ALSO to listen to his/her body and move according to ones own ability on any given day.  The residual benefits of listening are too numerous to list — use you listening in your relationship, your job — even your grocery shopping — and see how it enhances your …. —>> EFFECTIVENESS.

Poise. Pressure under fire.  The ability to respond appropriately and thoughtfully.  To be present in the critical moment. Hot yoga is constantly training its practitioners to be prepared.

Courage. It takes courage to try something new — let alone waling into an 105 degree heated room and doing so.  I think of all the postures, triangle pose has taught me the most about courage.

Commitment. When I think about commitment, I again think about triangle pose and I think about surfing on a big day.  In the critical moment, at the absolute peak there is a split second when I have to absolutely commit to the wave.  Even if I stand up, I have not necessarily committed as I may not have FAITH that I can make the drop.  Through the DETERMINATION that NO MATTER WHAT, I am dropping in, I make the commitment to the wave. Sometimes I’ll catch it. Sometimes I won’t.  But without the commitment, I wouldn’t even have a chance to begin with.

What other main ideas have you cultivated through your yoga practice? 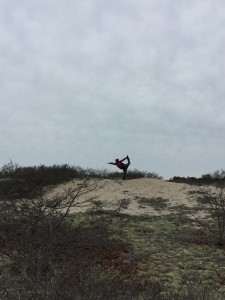 If you've never been to Newport Folk Festival, it's a blast.  The music is great, the venue – Fort Adams State Park – is beautiful and the food is tasty and local.  There are no big soft drink advertisements as the festival does a great job of limiting the amount of commercial crap-o-la.  The only detractors I would say is that Newport is expensive, which requires advanced planning,  especially since camping is not allowed at Fort Adams.  We have camped in the past at Melville Ponds Campground about 15 miles away and the breakfast across the street at Cindy's Country Cafe makes the trip more than worth it (let alone the festival).

I just posted this ad on Craigslist and I post it here not to add attention to the ad — just to share that I am proud of it. The ad begins:

Attention Newport fans. Each year the festival is sold out faster and faster, excluding more and more music lovers.  This year, we have decided to save some money and forego our annual pilgrimage to Newport.  Here’s where you come in: need tickets?  We could sell our tickets and make a profit and we certainly could use the cash.  That said, we’d rather sell our tickets go to you. The music lover. The fan. The friendly festival goer.

Happy Newport Folk Fest — hope you enjoy the festival!  I may follow up later on about some of the best tips and approaches to Newport.