Welcome to the Monkey House 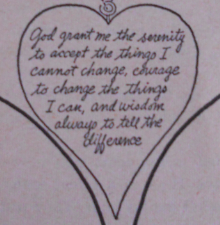 Whenever I feel disconnected from reading, humor — or both — I pick up a book by Kurt Vonnegut.  Right now, I am reading a collection of short stories called, “Welcome to the Monkey House.” In the preface to the book, Vonnegut shares what he says are the two themes to all of his novels, which were inspired by messages from his siblings.

1) “No pain” were the last words of his dying sister.
2) “Here I am, cleaning shit off of practically everything,” his brother said in a letter after he had his first child.
At the end of his novel Slaughterhouse-Five, Vonnegut relates a quote that has stayed with me and resonates these themes:

“God grant me the serenity to accept the things I cannot change, courage to change the things I can, and wisdom always to tell the difference.”
Coincidentally, the phrase was etched into a pendant hanging from a naked woman's neck who had been transported to the planet Tralfamadore to serve as a human specimen in an alien zoo. 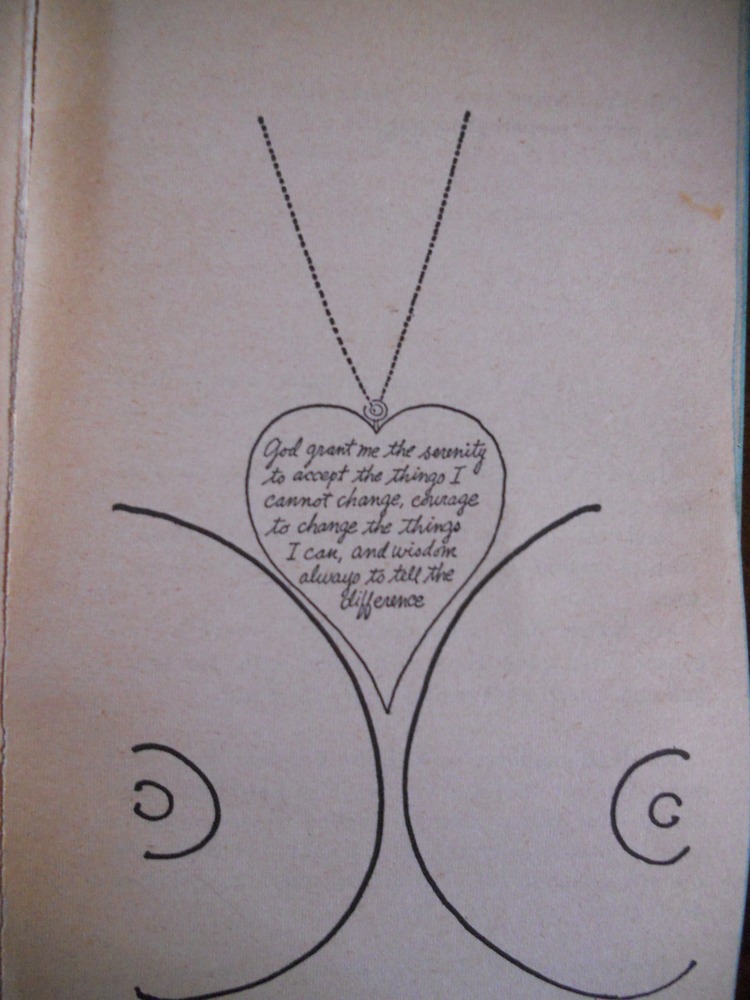 In “Welcome to the Monkey House,” Vonnegut dreams up similarly hilarious ideas that embody the human condition.  In the title story, the world population is 17 billion people and population control is of the utmost importance, leading to the invention of something called ethical birth control, which makes people numb from the waste down.
“Most men said their bottom halves felt like cold iron or balsa-wood. Most women said their bottom halves felt like wet cotton or stale ginger ale. The pills were so effective that you could blindfold a man who had taken one, tell him to recite the Gettysburg Address, kick him in the balls while he was doing it, and he wouldn't miss a syllable.”
“The pills were ethical because they didn't interfere with a person's ability to reproduce, which would have been unnatural and immoral.  All the pills did was take every bit of pleasure out of sex. Thus did science and morals go hand in hand.”

And how did the universal usage of these pills get enacted into law? An exchange between the story's two main characters, Nancy and Billy the Poet, explains:

“The world is in the mess it is today because of the nothingheadedness of olden times.  Don’t you see?” She [Nancy] was pleading weakly. “The world can’t afford sex anymore.”

“Of course it can afford sex,” said Billy. “What it can’t afford anymore is reproduction.”

“Then why the laws?”

“They’re bad laws,” said Bily. “If you go back through history you’ll find that the people who have been most eager to rule, to make the laws, to enforce the laws and to tell everybody exactly how God Almighty wants things here on Earth — those people have forgiven themselves and their friends for anything and everything.  But they have been absolutely disgusted and terrified by the natural sexuality of common men and women.”

For me, good writing like this is timeless and evokes a true feeling: joy.

Or, as the author says eloquently in regards to sex:

“I have spent this night, and many others like it, attempting to restore a certain amount of innocent pleasure to the world, which is poorer in pleasure than it needs to be.”